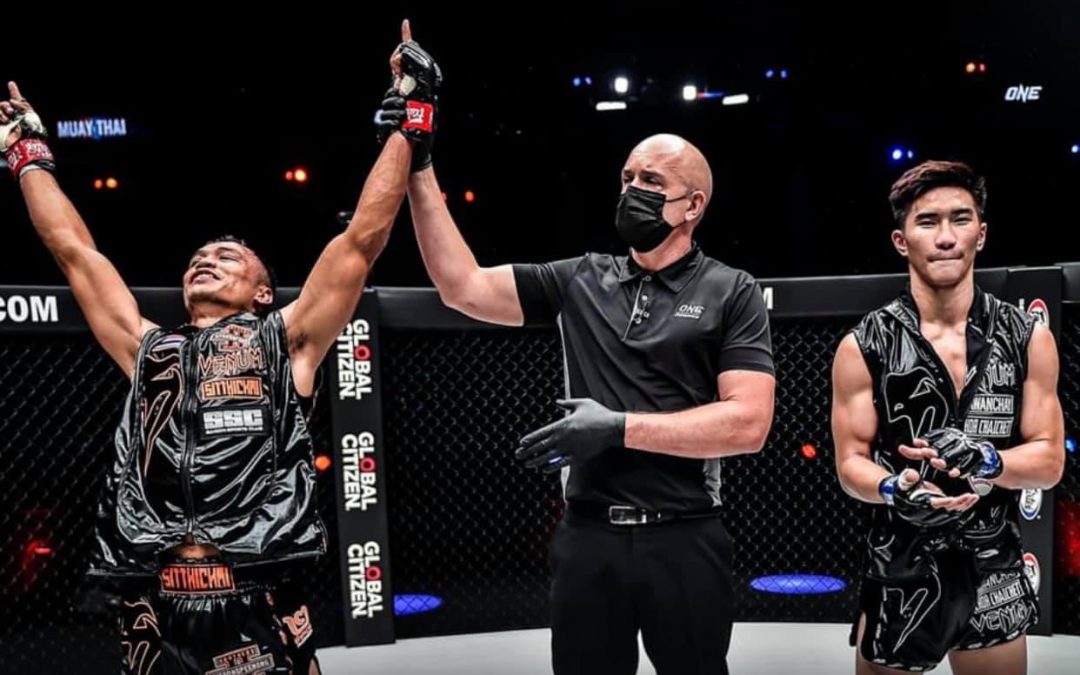 27 August 2021 – Singapore: ONE Championship™ (ONE) returned with ONE: BATTLEGROUND III, a tape-delayed event at the Singapore Indoor Stadium that aired on Friday, 27 August. The show featured five exciting mixed martial arts contests and a high-level Muay Thai clash between striking stars.

Sitthichai stayed true to his word and put Tawanchai on the defensive as he inched forward behind powerful boxing combinations. Tawanchai countered with a steady stream of left kicks to the body to try and slow Sitthichai’s movement, but the veteran kept pressuring his younger opponent. Action intensified in the third round, as the two fighters exchanged their heaviest blows at the center of the Circle. In the end, Sitthichai did just enough to edge out Tawanchai by split decision.

Photos are courtesy of One Championship