Full Fight Card Announced for
ONE 161: Moraes vs. Johnson II in Singapore 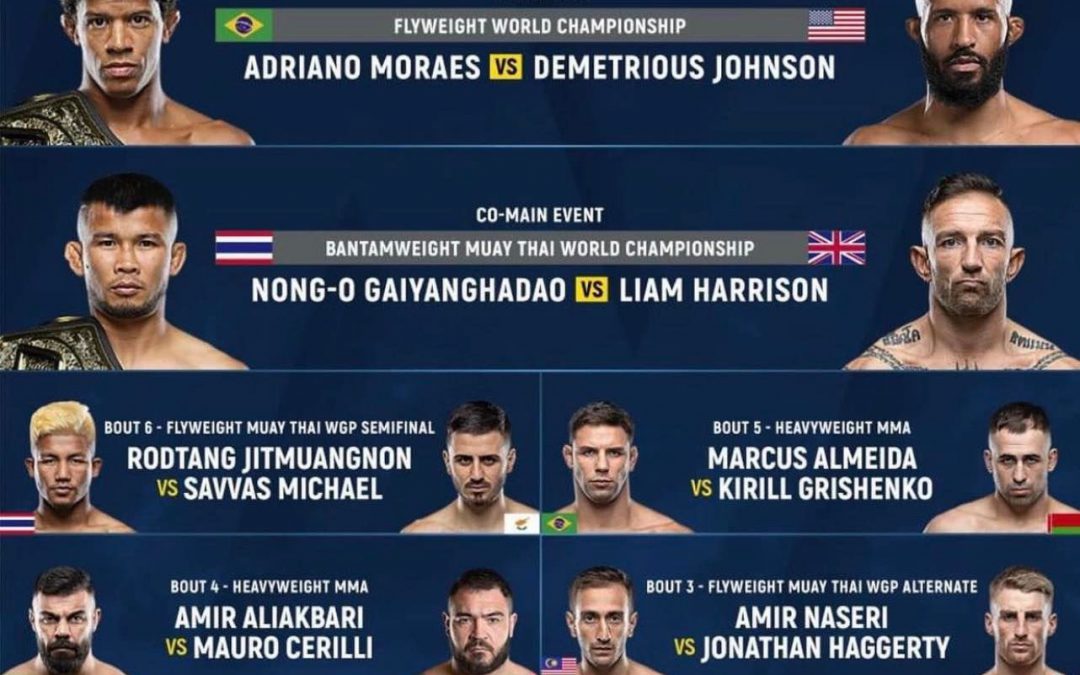 In the co-main event, reigning ONE Bantamweight Muay Thai World Champion Nong-O Gaiyanghadao puts his belt on the line against #5 bantamweight Muay Thai contender Liam Harrison. Nong-O has rattled off five-consecutive World Title defenses, most recently against Felipe Lobo at ONE X. Harrison is fresh off a Fight of the Year candidate at ONE 156, where he survived two early knockdowns to defeat Muangthai PK.Saenchai by technical knockout.