Full Bout Card Announced for ONE 159: De Ridder vs. Bigdash 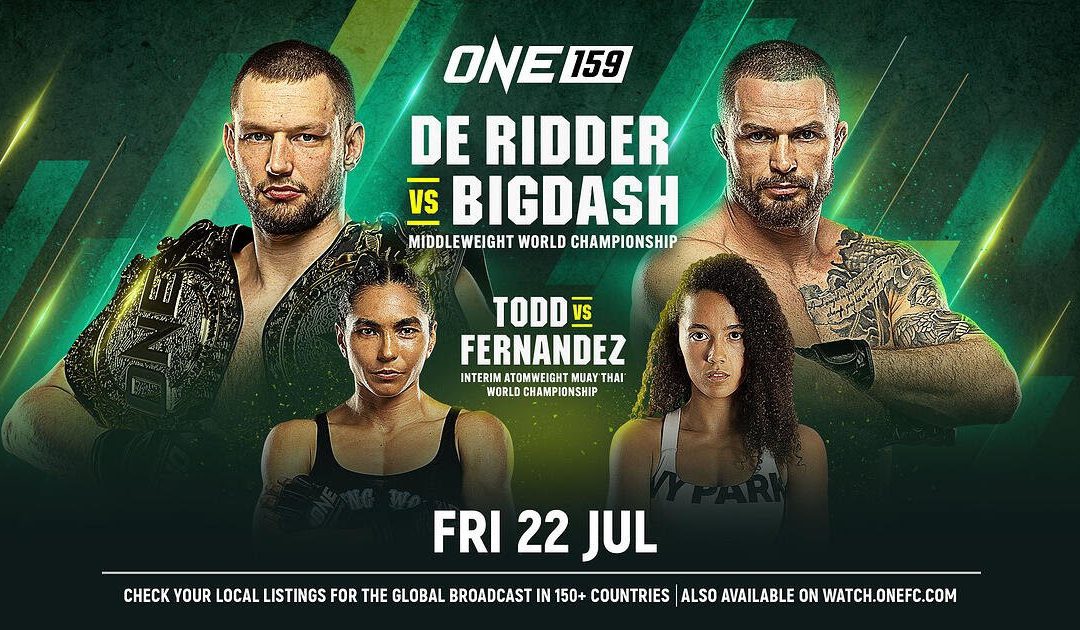 20 June 2022 – Singapore: ONE Championship™ (ONE) has announced the complete lineup for ONE 159: De Ridder vs. Bigdash, which broadcasts live from the Singapore Indoor Stadium on Friday, 22 July.

In the main event, two-division ONE World Champion Reinier de Ridder will put his middleweight belt on the line against former titleholder Vitaly Bigdash.

The main card airs live on 22 July at 8:30 p.m. SGT/8:30 a.m. ET, immediately following the lead card, which kicks off at 6 p.m. SGT/6 a.m. ET. Check your local listings for the global broadcast in over 150 countries. The full event will be available on watch.onefc.com and the ONE Super App (some regions excluded).

Bouts and timing are subject to change.